I’m quickly becoming a fan of naps. They are fantastic, especially if I get to climb under the warm covers in bright daylight peeking through closed blinds, turn to a dark wall and put some music on and sigh blissfully at the thought of others having lessons while I’m home having a nap. Dark rooms are for sleeping, not napping and five-minute naps are pussy naps; yet I took one today.

At some point during the third endless battle scene of the horror film Jupiter Ascending I blacked out. Don’t worry, though — as I woke up, there were still people in the cinema. And that shit show went on for 30 more minutes.

The film probably wants to be Star Wars with an immigrant girl from Chicago but fails so fast you don’t even have time to blink. One of the most demoralising things is how explicitly and quickly it’s made clear all humans are ignorant cattle (not Kunis though, she is the queen or some shit). Films that establish how inferior the human race are are usually good at it; here, you just feel you’ve been shat on. The chick meets her destiny, a half-dog eyeliner-wearing Channing Tatum, and what follows is a painful, embarrassing attempt of an adventure where time feels to be moving in slow motion, so when meaningful I love you looks are exchanged in what seems to be 10 minutes into meeting, any hope of the film being being funny-bad turns into a-gun-to-my-head-bad. Extensive amounts of fake mythology and pretty visuals are usually not a bad thing but it’s too much and too little at the same time and everything ends up in a dull blob. So details like the breath-taking outfit the girl queen has as she saves the world become impossible to appreciate. A hundred and seventy-six million dollars was spent on this stinking pile of garbage. Think how many kids could pay off their college debts with this.

I considered a ‘x things I hate about Jupiter Ascending’ post about the horrible Russian, the cringe-worthy stereotypes, how Mila Kunis acted worse than I ever thought possible, about the underdeveloped… everything… but mostly plot, characters, background and structure, the utter lack of chemistry between any of the characters, the atrocious writing, the terrible battle scenes, how overdramatic every scene was, the idea that using the word “gene” as many times as possible explains everything, the stupid last name of the goddamn great dynasty, and the whole film was like a mash-up of great films put together by a greatly incompetent mixer, but in the end, there are only so many synonyms for ‘horrible’ and I kind of wanted to share the nap thing. I went to see this with a friend (and the joy of spending time with her was 100% of the reason I didn’t walk out) and by the middle, we were both so horrified that we couldn’t even make fun of the film. 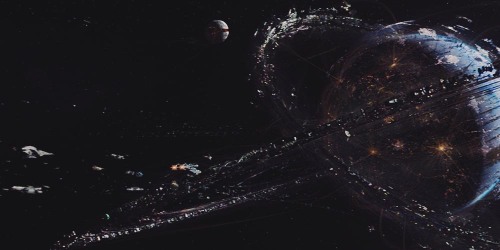 I did like the ending. The jury’s still out on if maybe it came from joy of the film finally being over, but I think I also appreciated how sweet Kunis was and how pretty that rooftop was.

A quick peek into tumblr told me terrifying things: people actually liked this film. So I’ll go all out and say: no, there were no redeeming qualities for me. I though Eddie Redmayne was ridiculous, any hidden meaning gets lost in how awful it is to simply go through the film, it’s overly long and I still want to punch a wall for not reading up before and wasting any of my time or money on this shit. Don’t see it. Official recommendation.