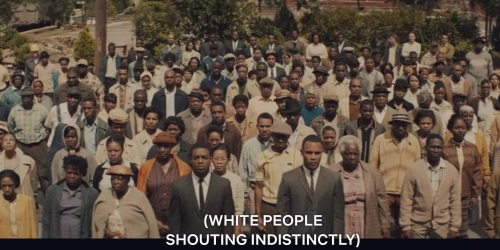 My dissertation’s thesis is that nonviolence is an overemphasised narrative in civil rights’ movements. About 8 weeks into my phenomenal American history module (the first I’d ever studied the U.S.!) in autumn last year, I emailed my professor to say ‘I always imagined people just became more aware of human rights and basic decency and that was why civil rights movements worked, but obviously that was not enough.’ (Reading back on my questions to lecturers is a mix of hilarious and deeply embarrassing, but I guess I’m here to learn.) And nonviolence is such an elegant fill-the-gap between segregation and the post-racial era — I just don’t think it’s enough. By attributing the victories to Dr King we do a disservice to the staggering courage and drive of the grassroots activists — and more dangerously, we think we do live in a post-racial world (or America), because the Civil Rights Movement finishes neatly in 1968, with King’s assassination and the second Civil Rights Act.