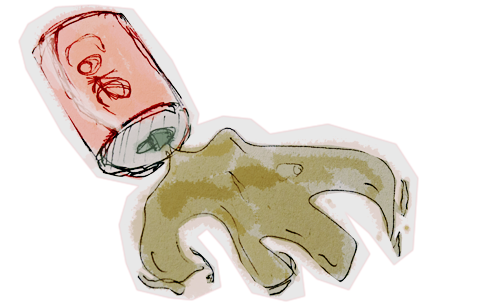 –       If there’s a film I seriously regret not having seen yet, it’s the Danish film Jangten (The Hunt) – thankfully, Sati (CINEMATIC CORNER) did see it and wrote an incredibly powerful review which, after reading, makes it a real sin not to see it. (And hell, do I feel bad.) Sati’s gone to law school and all so her take on Jangten is exceptionally interesting.

–       Vandy (REVIEWS FROM A BED) is, hands down, one of the most stylish film bloggers. His writing is always impressive and unique with great insight. I hadn’t even thought of Adore aside from seeing the poster but his thoughts on it definitely got me interested.

–       One of my absolute favourite bloggers at my favourite blog, Jess (FRENCH TOAST SUNDAY), had some things to say about Kick-Ass 2, a film I wasn’t ever interested in – but I still enjoyed the second-hand film experience from her and was convinced that I’m not missing much.

–       Ryan (THE MATINEE) is actively covering Toronto International Film Festival (it’s alright, I’m jealous too) and all his articles are so good that I’m having trouble choosing here – but 12 Years A Slave, Like Father, Like Son and Vi är bäst! (We’re Best!) are some of the highlights. Oh how I’ve missed Ryan’s beautiful reviews. Not checking him out is a crime.

–       Terry Malloy’s Pigeon Coop is hosting a Debuts Blogathon and for some reason, I wasn’t surprised seeing Moon, a Sam Rockwell film, as Nick’s (THE CINEMATIC KATZENJAMMER) choice. His review is superb as always. Check it out!

–       The most exciting film-related news since 2011 is definitely what Rowling and Warner Bros are planning: a new film series in the amazing Harry Potter world! The Potter films were over and done with when I started Films and Coke, so you may not know how big of a Potter nerd I am, but you’ll find out now. I’m SO excited! Not sure what I’m babbling about? Nick wrote all about Fantastic Beasts, and Where to Find Them, the film.

–       World War Z was a very memorable film for me – and Mark (MARKED MOVIES) does it justice. I’m starting to feel really crappy now because everyone’s writing just as good and I simply skipped summer. What’s wrong with me… well, if you (understandably) are tired of my crap, go read Mark’s awesomeness (his posts are legendary!)

–       Russell Crowe is awesome. Zoë is awesome. THE SPORADIC CHRONICLES OF A BEGINNER BLOGGER is astonishingly good. And all this equals an excellent review of A Beautiful Mind.

That’s it for this week, tune back in on Tuesday! Meanwhile, keep your film minds busy with these awesome reviews and blogs and god, I should pick up my game because I kinda want to put a bullet in my mouth after seeing just how good everyone is. (I wasn’t kidding about reading your posts every day! My lack of comments will change once they invent a humane way to leave comments on a phone. Argh.)

This entry was posted in 2013, not from TV, people, spill. Bookmark the permalink.

13 responses to “The Sixth Spill”