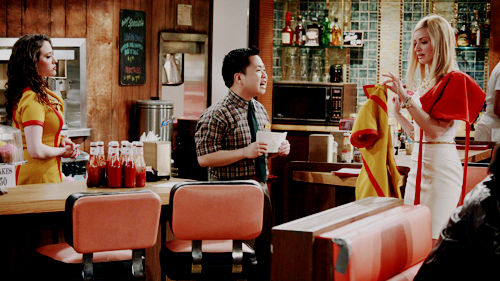 First of all – SHIT (this deserves a swear word!) I’m sorry. Not much else I can say – perhaps I will do better.1

While I’ve been busy not seeing films or even watching TV (literally only Supernatural’s new episode on Thursday morning), I did start watching 2 Broke Girls and I’m just putting together something about the pilot (even though I’m on episode three right now).

I love pilots. The introduction of characters, the build-up, seeing the details directors have come up with to best convey the leads and the setting – plus the pilot and the finale are episodes where you can see the director’s handwriting the clearest. Rewatching pilots is always fantastic, too, as you see all the hints there were for the rest of the season. And there’s a 83% chance that if I don’t like the pilot, I won’t like the show either – and often vice versa.

2 Broke Girls’ pilot was awesome both when looking at it as an episode and as a series pilot. I was hooked since minute three. In twenty minutes, the show managed to introduce quirky characters2 (Earl!), some things that you just know will be responsible for future laughs (Chestnut the horse – ahhh) and an interesting relationship dynamic (they made Max and Caroline’s questionable friendship work amazingly).

It’s very bold. The show is not for everyone but it’s definitely worth a watch – a comedy with an edge. I can already tell it’s feminist and bad-ass and like Max, won’t take anyone’s crap. I’ll be watching it, no doubt. Special thank yous go out to Mettel Ray whose TV page made me want to know what it was about. 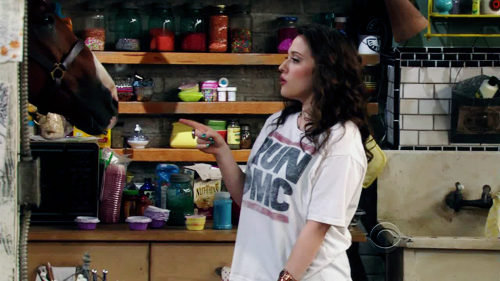 ______________________
1 for those interested: I started a new so-called job and being me, I let it consume me. I’m designing web pages for both of my parents, three in total, plus two personal ones. I’m getting my act back together though and I’ll be posting rather often now – or that’s the plan, at least.
2 which is always good in my world.

This entry was posted in 2011, television. Bookmark the permalink.